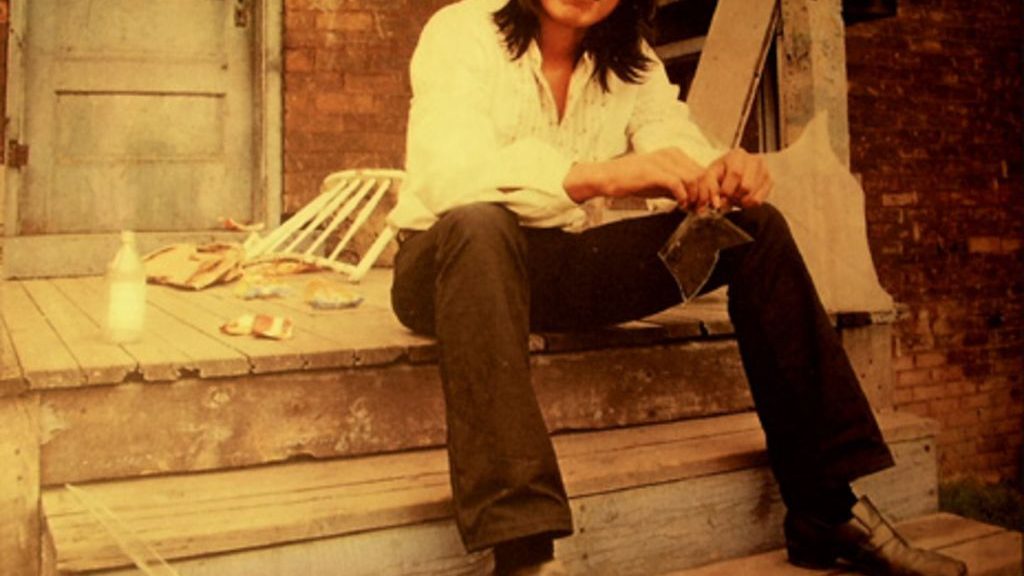 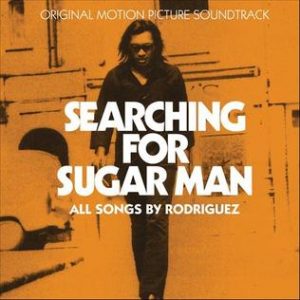 *NB Spoilers alert; Watch this wonderful film before reading, as it is a heck of a journey.

Every now and then a story comes along that rattles me to the core. Not that I’m nosy, but my ears have always had the habit of picking up on a tale that I thought was from the ‘other’ category. Listening to Dave Fanning many moons ago, as I was want to do, of an evening, I heard of a new documentary following the story of an enigmatic folk singer from America. I thought to myself ‘I must watch that’, subtly adding it to the long list of things we place on our must watch sometime list. With the chaos of the modern world, it slowly disappeared into the fog of my mind.

Fast forward to Christmas last year. I’m having a night dissolved into the couch, as we may often do over the season. Whether I was jaded from the season’s demands is neither here nor there:) I was in that wonderful too lazy to go to bed phase, when all of a sudden Sugarman came dancing into the dimly lit room, adorned with the haze of twinkling Christmas lights. ‘Feck it’, I thought, ‘I’ll have to stay up for that now’. Boy am I glad I did. What a tale of true artistry.

Too often the cliché you couldn’t make it up is used. I like to think we are all capable of imagining that a team are capable of grabbing a last minute goal in a snore draw match, given the law of averages, right? But here we have a tale, that I firmly believe would take the imagination of even the most accomplished fiction writers, to the brink.

A Twisting Tale of Inspiration

At the outset, it has the feel of your every day troubadour documentary. Enigmatic lead; check, songs to back it up; yep, glowing references from industry insiders; for sure. However, this is all turned on its head early on. Rodriguez, as it was said in the film; ‘for some reason, just didn’t happen.’ That was that, it appeared. Another would be musician, destined for the ‘where are they now file’.

It’s apparent though that we are too early in to proceedings for that to be that, and it was so. Move on to present day South Africa. A completely different picture is painted of the effect Rodriguez has had. We meet passionate characters, such as the aptly nicknamed Stephen ‘Sugar’ Segerman, who have clearly had a fire lit under them. A picture of the apartheid regime is painted vividly. A peek behind that curtain of shame. Rodriguez is not merely painted as the soundtrack to the growing dissatisfaction of the youth in such an oppressive society, he is shown to be the catalyst for the rejection of said oppression.

His music is, of course, the soundtrack to the film, and it fits perfectly. It helps to emphasise the urban poet he is, by intertwining his songs with footage of protest on the streets of South Africa. Songs like The Establishment Blues rouse my aforementioned anti-establishment leanings (see earlier post). With lyrics like; ‘This system’s gonna fall soon, to an angry young tune
/And that’s a concrete cold fact’, it’s almost like he wrote them specifically for the anti-apartheid cause. Unfortunately, it is a damning indictment on us, that lyrics such as these seem to aways be relevant. How more relevant could they be for a time such as now, with everything that’s shaking us?

From Mythical to Local

It is compelling viewing to see how much these people are inspired by the music and lyrics, again reinforcing my impassioned belief that poetry and song have such power. Tales of how it spread are kind of romantic. Someone copied it; passed it on, and on it went. A fire had been lit. Next came the mythologising. There is euphoric animation in their voices as they explain how much they loved this prophet of theirs, yet had no idea who he really was. Rumour had it he committed suicide on stage in the most dramatic of fashions. It seemed Rodrigues was meant to stay in the annals of mythology.

We are then treated to such an emotional rollercoaster. I have praised many aspects of the human condition in previous blogs (as well as some criticisms), yet one I have yet to mention is our undying curiosity and intrigue. When we get ensnared by something wondrous we seek to know its source, its foundations,  and its meaning. Luckily for Rodriguez we are greeted by some of the most intrepid people out there, who go on the hunt for answers.

The joy that surged upwards in me when it is finally revealed he’s alive and well, and living an ordinary life in Detroit, was unforgettable. I can feel it now. The joy in the voices of the protagonists further compounds my own. To hear his former record producer express his disbelief at the story he is told from South Africa, is quite something. How could this be?

It becomes clear that Rodriguez has had to get on with it. As he says; ‘ nothing beats reality’. He has raised a family, who speak glowingly of him, as do his coworkers in the world of construction. Having hoped to frequent a world of artistry and wonder, Rodriguez had to frequent one of reality and getting on with it. Yet stories told by those close to him highlight a free spirited guy who was determined to not let the man get him down. He helped his children, as they say; ‘look out from Detroit’, through delving into the arts, where museums and libraries were their playgrounds.

This documentary challenges many of the ideas we may hold for true artistry and vocation. It is the words of his foreman from the site that are up there with the most profound I’ve heard, when highlighting the role of the artist (much discussed on my blogs). He says artists possess that true ability to; ‘elevate things far above the mediocrity’. How profound, and how ironic that Rodriguez straddled both these realms, and what a lesson for all of us. He never turned to self loathing or threw in the towel; he just kept going and kept his sense of self throughout. Footage of him walking in the thick snow, dressed all in black with that flair an urban poet can have; long coat, hat and shades, emphasises just how unique this guy is.

After these momentous scenes, there is another sting in the tale. We are treated to footage of Rodriguez and his family heading to South Africa for some special shows, in a post-apartheid world. Here we see the family plucked from everyday life and plunged into a completely other world, literally and figuratively. Stories from his daughter of getting out of the way for ‘the important people’, upon being greeted with limos at the airport, highlights the humble place these folks were coming from.

Yet what strikes me most is how at home Rodriguez is with all this. He takes it all in his stride, as if he has arrived home to his adoring family from work, although in a sense he has. Having seen many figures in public life, both in the sporting world and in the music world crumble under the spotlight, it is amazing to see someone so unnoticed for decades, take to it straight away. Inspiring. It is to bear witness to someone doing what they should do; staying true to themselves. Footage of a sea of people from all ages visibly overwhelmed by the encounter, as he sings his tunes, and has them sang back to him word for word, is really something. How inspiring? 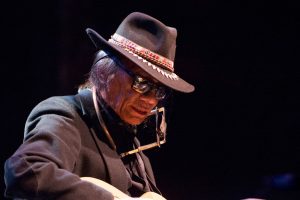 This documentary provokes so much in me. My own childhood, where we were encouraged always to look beyond the everyday. Where learning, culture, and current affairs were always ever present at the kitchen table. Speaking of apartheid South Africa, I distinctly remember my teacher in junior infants probing me as to why I was so tired. My answer, I’m sure, was not one she could have made up either. ‘Mam let us to stay up to watch Nelson Mandela get out of jail’ was my succinct reply. At the time it was, for me, not unusual.

It is what we did. How privileged we were to be given this intrigue.I find a lot to relate to in the Rodriguez’ narrative of their childhoods. Like them, we may not have had much, but we had more than we needed all the same. If we can realise that igniting this intrigue in our youth is all that matters, we will have passed on a mighty torch, ablaze eternally.

I have had an eclectic mix of jobs over the years, that is for sure. I am well acquainted with the scenic route, to say the least. From early days of green thumbs from picking tomatoes to stacking cd’s in HMV (far from as glamorous as I built it up to be), I was always able to put my shoulder to the wheel. Yet it was working in the bar trade that really gave me a lot, namely social skills. Not just because having always looked twelve, it was my way to experience nightclubs before I was eighteen, but also because it gave me such a chance to meet an eclectic bunch of people, to put it mildly.

Still, teaching, moreover English teaching was always at the forefront of my dreams. I never took my eye off that prize, although the prize certainly became obscured from time to time. At times I struggled to reconcile the path I wanted to get to, with the place I was in. My love of literature and sense of intrigue kept me going, as did those close to me. Little did I realise the path I was on would so readily inform the place I would be in next; the classroom.

Like Rodriguez’ ease at arriving home to swathes of people, my arrival in the classroom, whilst nerve wrecking, and challenging at times; never felt like anything other than home. How lucky am I? I’m sure Rodriguez was asking himself the same questions at the time. When you have that sense of appreciation, for not only where you are but how you got there, and all the strength you have accrued by staying true to yourself, your sense of self is compounded.

Lessons for Us All

With the talk of CAO and career choice never far from our lips, as well as the dreaded; ‘what are you up to now?’, question,  it is worth reminding our young people that the journey we are on, is one to ourselves. Our aim should be to find what fire is within us, not how we can buffer our bank balance or status. A fire ignited by inner passion is unquenchable. As the Noble bard Shakespeare spoke through Polonius in Hamlet; ‘To thine own self be true’. Polonius may have been anything but true to himself, but it is clear Rodriguez is that line personified. Certainly something to aspire to.

Schrodinger’s teacher; where the youth going to school is vital (as we all know) yet where the teacher is both responsible for this vital learning and a good for nothing, not to be trusted,layabout just itching for the chance to down tools…What a time to be alive 😂
View on Twitter
0
1

*and parents association… there fixed it for you. This is an issue that impacts many… please report fairly and stop with the sensationalism. https://t.co/GUEjDLKUjw
View on Twitter 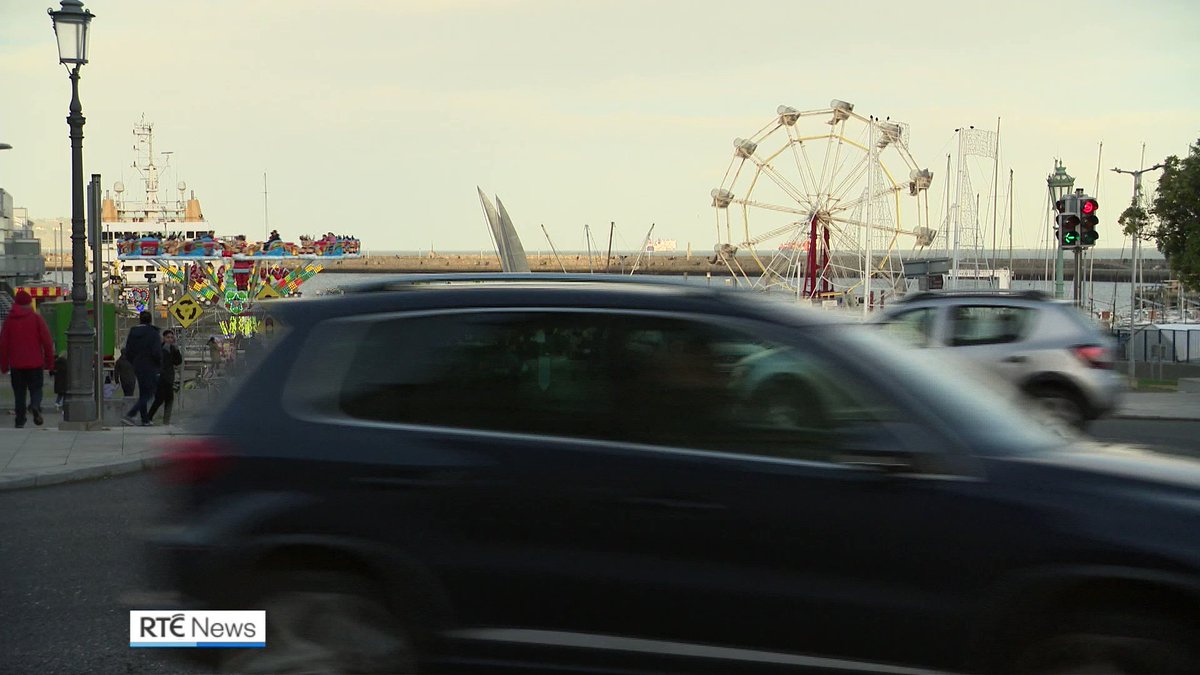 You know the Christmas is well and truly done when Back to the Future III is on. Happy new year all.
View on Twitter
0
2